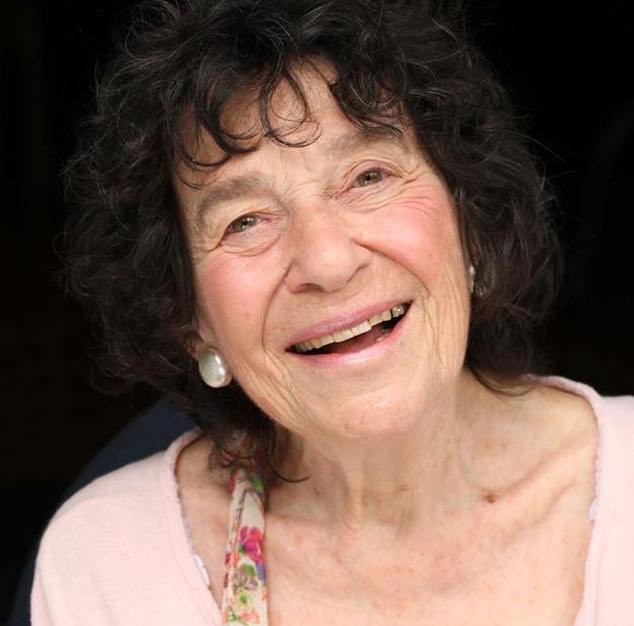 Sadly Lynn Ruth left the building last week after a short illness, we will all miss her greatly

Here is an extract from a conversation I had with Lynn Ruth Miller recently. Lynn Ruth is an 85 year old comedian, she hails from Ohio but now lives in Stamford Hill. She started her comic career when she was 70 and over the years I have known her she has built a strong following among the young and old alike. She performs regularly at comedy clubs and burlesque joints around the world and shows no sign of giving up any time soon. I began by asking how she got started, her previous life being as a teacher and journalist. LRM  I’ve been doing this for 15 years but I never dreamed I’d be on stage I don’t have a history of performing, so what I’m saying is that people over 60 you might like what you do but you may not have found your true calling because I tell you this was the last thing in the world,… I wasn’t looking.. I walked into this purely by accident and now it’s my passion CC        How did you come to walk into it? LRM     I didn’t know there was such thing as stand up comedy, I had some books I was talking about and I wanted to do some jokes at the end so I looked for a course on jokes and I found a course on stand up. I saw this thing San Francisco comedy college, I thought you can’t teach people to be funny, so I took the class. I still don’t think that you can teach people to be funny, you can teach mic technique and how to construct a joke, you can teach what a joke involves, the components  and then they have to just do it and by the way, this was not a painful process for me. I hear a lot of comedians say they had to go through painful processes and be humiliated, oh I never had that, I had  a lot of fun, and then I did it for 2 or 3 years and I started earning money at it. I was unusual which is the other advantage of starting when you’re older, they thought we’ll put her on. I told you the story about the woman of 70 with arthritis who took up pole dancing, goes all over the world and that guy of 80 who decided to become a ballet dancer, he’s amazing. He took up ballet instead of getting surgery for his back pain. CC        What would you say to older people who want to do a drama course but are afraid LRM     I think people over 60 need to expand their lives instead of living the same day over and over again.You can do anything as long as you understand your body and don’t expect it to do things it can’t do but put in the effort and the time. I started when I was 70, I didn’t realise it would take me til I was 80 to get any good I’m good now, I wasn’t bad before, I never bombed, oh except in essex but then everybody bombs in essex. I’m pretty good now, …I’ve grown into it. And that’s starting at 70 so if you’re some young chick of 60 you can do anything. I had no special talent ……just a desire to communicate. A lot of the young comedians I work with they think,.. Yeah I  just want a television special.. I don’t! I just want to keep doing what I’m doing,  I love it. I get my kicks from the live audience, the point is we don’t have the same kind of ambition that younger people do  so we can really  take the time to learn our craft, whatever we’re doing. CC        And just for the record you’re 84 now? LRM     No I’m 85, I don’t feel it but I definitely look it!  (Which by the way is nonsense if you’re lucky enough to catch Lynn Ruth in performance you can judge for yourself) Her website is www.lynnruthmiller.com